When you have a Plumbing or Heating Problem in Ware

We get how frustrating it is when you get a plumbing leak or your heating stops working.

We are Advanced Heating & Plumbing and that’s why you can call us anytime, day or night for your plumbing problems in Ware.

We’ll have you back up and running with no fuss so you can get on with your day (or night).

Here are some of the heating and plumbing services we can carry out in Ware, Hertfordshire.

Booking Ware Plumbing is Easy with Us

We’ve been providing heating and plumbing services to households in Ware since 1998.

Ware lies on the north-south A10 road in Hertfordshire and is close to Hertford. There is a large viaduct over the River Lea at Kings Meads.

Archaeology has shown that Ware has been occupied since at least the Mesolithic period (which ended about 4000 BC). The Romans had a sizable settlement here and foundations of several buildings, including a temple, and two cemeteries have been found. A well-preserved Roman skeleton of a teenage girl has also been found. Ware was on Ermine Street, the Roman road from London to Lincoln. It has been said that Ware is one of the oldest continuously occupied sites in Europe.

If you need a plumber in Ware, Hertfordshire, then contact us.

Not in Ware? We fix plumbing and heating problems in homes in Hertfordshire, Middlesex and London and everywhere between. Check our location page to see if we cover your area. 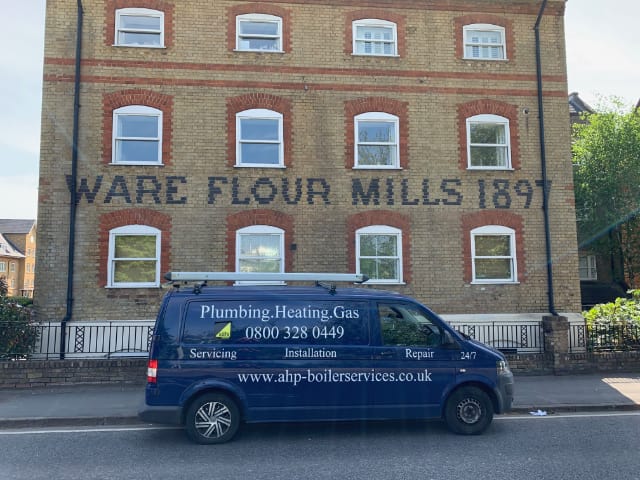 WHAT OUR CUSTOMERS SAY