If you’re looking for Highgate Plumbers then breath easy, you’re in the right place.

We know that boiler, heating and plumbing problems happen at the most inconvenient times.

That’s why you can call us any time and because we carry a lot of common spares on our vans, we can usually get you back up and running on the same visit.

Booking a Highgate Plumber is Easy with Us

We are Advanced Heating & Plumbing and our Highgate Plumbers carry a range of spare parts in our vans so we can get you back up and running often in the same visit.

We provide a full range of gas, heating and plumbing services to homes in Highgate, both emergency and non-emergency, including:

We are Advanced Heating and Plumbing and homes and householders have been relying on our Highgate Plumbers since 1998.

Highgate is a suburban area of north London at the north-eastern corner of Hampstead Heath, 4.5 miles (7.2 km) north north-west of Charing Cross.

Until late Victorian times it was a distinct village outside London, sitting astride the main road to the north. The area retains many green expanses including the eastern part of Hampstead Heath, three ancient woods, Waterlow Park and the eastern-facing slopes known as Highgate bowl.

At its centre is Highgate village, a collection of largely Georgian shops, pubs, restaurants and residential streets, interspersed with diverse landmarks such as St Michael’s Church and steeple, St. Joseph’s Church and its green copper dome, Highgate School (1565), Jacksons Lane arts centre housed in a Grade II listed former church, the Gatehouse Inn dating from 1670 which houses the theatre Upstairs at the Gatehouse and Berthold Lubetkin’s 1930s Highpoint buildings. Highgate also contains the Victorian cemetery in which the Communist philosopher Karl Marx is buried, and many other notable people.

If you need a plumber in Highgate, London, then contact us. 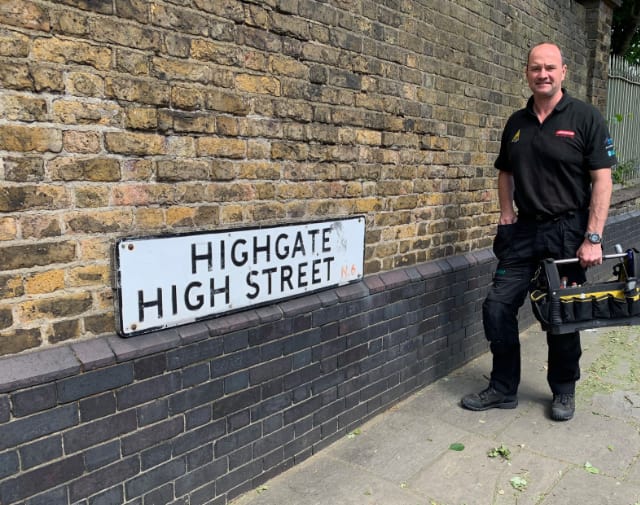