Looking for a Plumber in Northwood

If you’ve got a boiler that’s stopped working or your hot water isn’t hot, then we know you want a plumber in Northwood to get it fixed asap.

We are reliable gas-safe registered plumbers covering Northwood, Middlesex, Hertfordshire and London, who come out same-day to inspect and fix most boiler and hot water problems within the same visit.

And because we carry a stock of the most common spare parts, if a replacement part is needed, we probably have it, which means we can get you up and running within a few hours or less.

BOOKING A PLUMBER IN NORTHWOOD IS EASY WITH US

In addition to boiler repairs and hot water issues our Northwood Plumber team provide a full range of heating and plumbing services that we can carry out in Northwood, including:

Homes and householders have been relying on our heating and plumbing services in Northwood since 1998.

Northwood is an area in the north-west of Greater London, England. It is located within the London Borough of Hillingdon and the historic county of Middlesex, on the border with Hertfordshire.

The area consists of Northwood and Northwood Hills, both of which are served by stations on the Metropolitan line of the London Underground.

Northwood adjoins Ruislip Woods National Nature Reserve, which contains the Ruislip Lido. It was also used for location filming of the Goods’ and Leadbetters’ houses and surrounding streets in the BBC TV sitcom The Good Life.

David Carnegie owned the large Eastbury Park Estate in the north of the area in 1881. In 1887, the Metropolitan Railway was extended from Harrow-on-the-Hill to Rickmansworth and Carnegie sold his land to Frank Carew for development for ?59,422.

Northwood station opened in August that year. Carew stipulated the prices for the new housing he had built, with the cottages along the west side of the High Street be priced at ?120 in the hope these would be owned by the staff of the larger houses.

If you need a plumber in Northwood, then contact us. 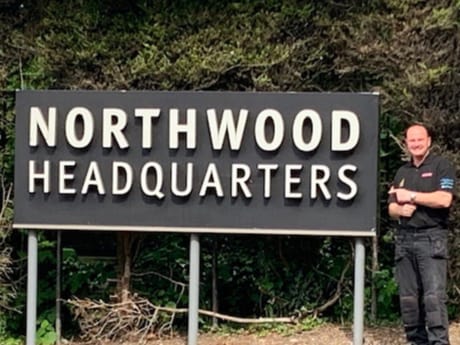