Call us, Advanced Heating & Plumbing, when you need a plumber in Letchworth.

We clear drains/toilets, get your heating working again and more.

Here are some of the heating and plumbing services we can carry out in Letchworth, Hertfordshire.

BOOKING A PLUMBER IN LETCHWORTH IS EASY WITH US

Find a Plumber in Letchworth

At Advanced Heating & Plumbing, we believe that plumbing and heating problems shouldn’t be a frustration. That’s why we’ve been providing heating and plumbing services to households in Letchworth Garden City since 1998.

Letchworth Garden City, commonly known as Letchworth, is a town in Hertfordshire, England, is a former civil parish.

The town’s name is taken from one of the three villages it surrounded (the other two being Willian and Norton) all of which featured in the Domesday Book.

Letchworth is home to the United Kingdom’s first roundabout, which was built in 1909.

If you need a plumber in Letchworth Garden City, Hertfordshire, then contact us.

Not in Letchworth? We cover London, Middlesex, Hertfordshire and everywhere in between. Check our location page to see if we come to your area. 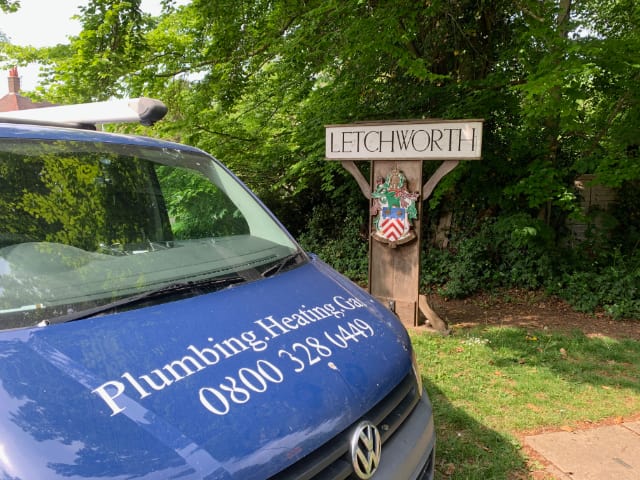