If you have a plumbing, gas or heating problem and you live in Maida Vale, then you’re in the right place.

We understand how frustrating and annoying it can be when your heating stops working.?

That’s why we are available 24/7. We can come out and get your heating working again so you can get on with your day (or night).

All prices are quoted in advance, so there’s no nasty surprises or hidden costs.

Contact us today for a quote if you need a plumber in Maida Vale.

BOOKING PLUMBERS IN MAIDA VALE IS EASY WITH US

Heating & Plumbing Services Provided by our Plumbers in Maida Vale

Homes and householders have been relying on our heating and plumbing services in Maida Vale, London since 1998.

Maida Vale is a residential district of West London comprising the northern part of Paddington in west London, west of St John’s Wood and south of Kilburn. It is part of the City of Westminster.

The area is mostly residential with many large late Victorian and Edwardian blocks of mansion flats. It is home to the BBC Maida Vale Studios.

Maida Vale is home to some of BBC network radio’s recording and broadcast studios. The building on Delaware Road is one of the BBC’s earliest premises, pre-dating Broadcasting House, and was the centre of the BBC radio news service during World War II. The building houses a total of seven music and radio drama studios, and most famously was home to John Peel’s BBC Radio 1 Peel Sessions and the BBC Radiophonic Workshop.

In 2018 the BBC announced plans to close the Maida Vale studios and relocate the functions to East London.

If you need a plumber in Maida Vale, London, then contact us. 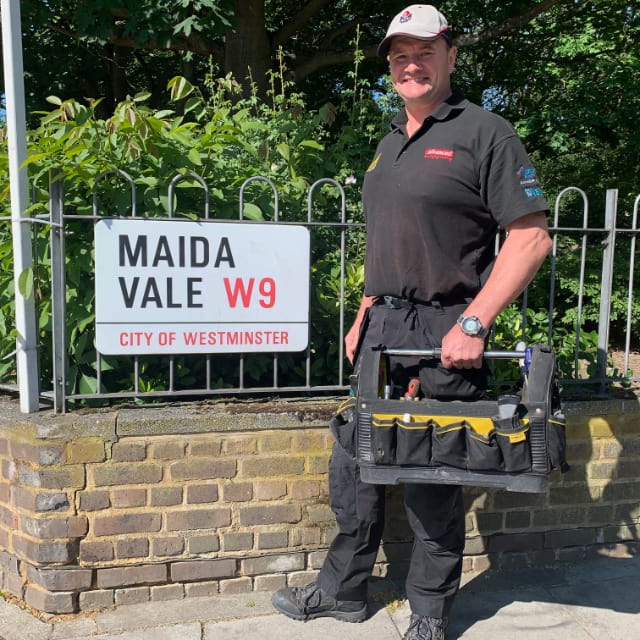