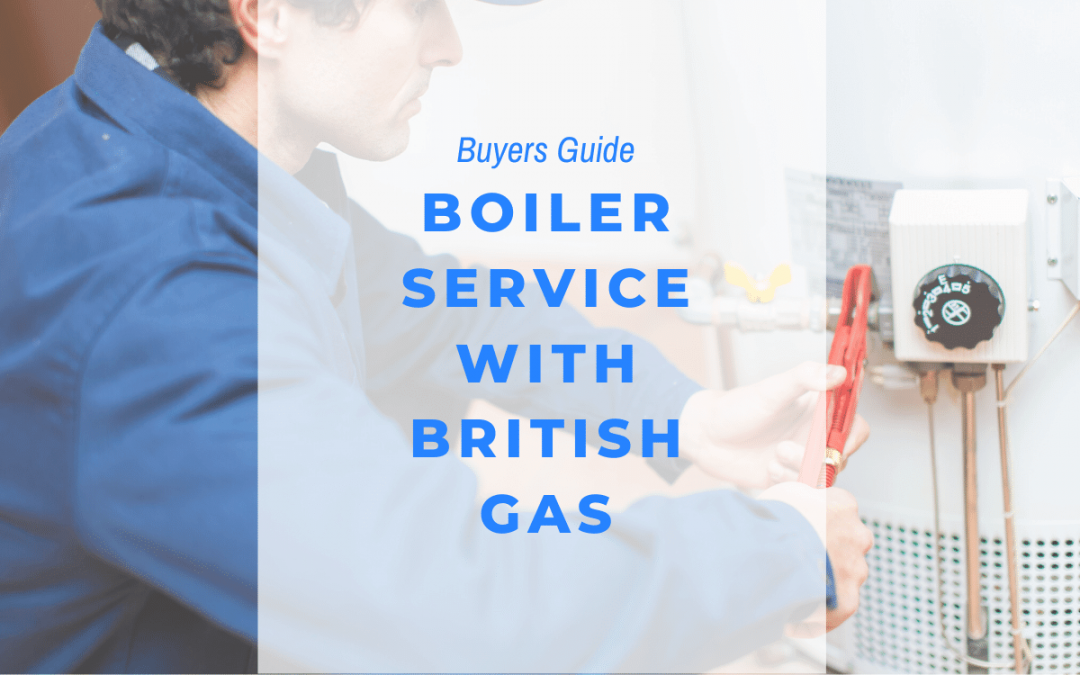 This article describes the pros and cons of getting boiler service plan with British Gas and whether their homecare plans represent value for money or not. We also compare what you might have to pay out if you didn’t have a homecare plan in place.

British Gas have been around for over 200 years so it’s easy to think they are the only suppliers of gas related services. Originally, the Gas Light & Coke Company (GLCC) set up in 1812 after royal approval by George III at a time when Britain was at war with Napoleon.

GLCC were responsible for several innovations and developments that brought modern day tech that we take for granted in the mainstream. For example, GLCC was supplying gas to 70,000 street lights in London.

The GLCC came to end when the Gas Act was rolled out in 1948, nationalising the gas industry.

The gas industry was privatised in 1986. The company as we know it today, British Gas Plc was formed.

Boiler service with British Gas involves you signing up to a contract, but is it worth it? 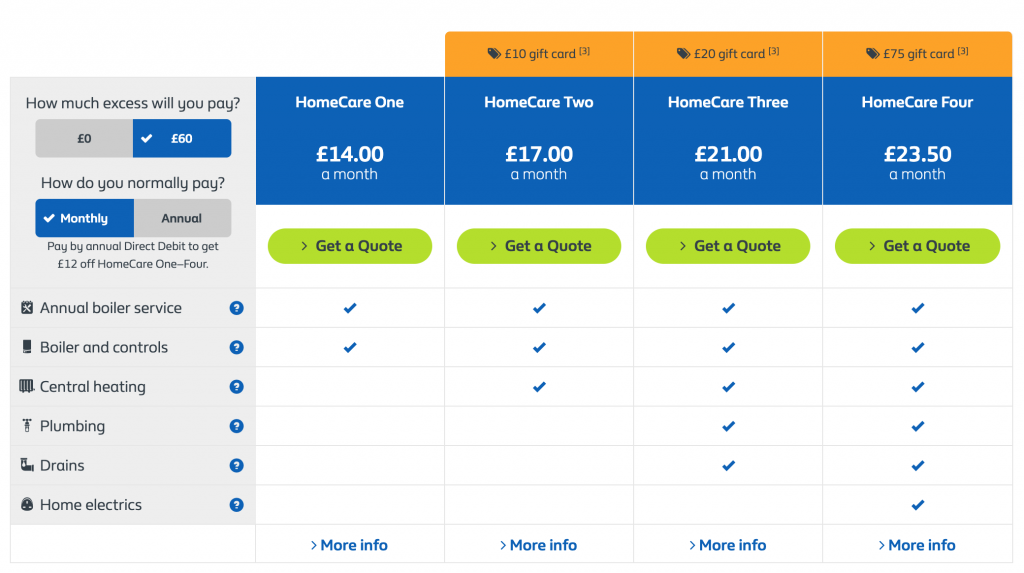 We’ve had many unhappy British Gas clients come to us after discovering their British Gas boiler service plan didn’t cover the complete central heating system, like underfloor heating, showers and taps and checking for sludge that might be circulating through the system.

Many customers tell us that British Gas told them their unvented hot water storage vessel was NOT included in their British Gas Careplan. This was despite this part being very much integral to the functioning of their central heating system.

It is important that these are checked as they can damage property if leaking as well as the cost dearly in energy loss.

All the British Gas plans state that they don’t include removing sludge or any damage it causes. If a boiler was installed correctly, then there should be no sludge as the system should have been cleaned at the time of the new boiler was first installed.

So if you have been on a British Gas Service Plan for several years then it’s most likely that this together with other items not included like underfloor heating manifolds and controls are in great need of some attention.

In addition, the condition of the water in a central heating system is imperative to check during a service to prevent breakdowns.

Extras that shouldn’t be optional

We’ve heard of many cases where customers were offered a power flush as an optional extra, and to save money, unwittingly haven’t opted for it, as it was pitched as ‘optional’.

Which to us seems crazy as that’s not only going to affect how well the new boiler works, shortens its lifespan and invalidates the manufacturer’s warranty.

When we install new boilers, cleaning the system is mandatory, not optional for these reasons.

When we service boilers, our checks include checking the whole system including radiators. Unvented storage vessels and any underfloor heating systems present that they are working efficiently as well as making sure there’s no corrosion, dirty water or sludge.

Not checking these items and identifying problems like corrosion, dirty water and sludge in the pipework and system can lead to extra wear and tear on the boiler, which in turn affects the efficiency and effective life of the boiler.

In addition, boiler manufacturers will not honour their warranties when dirty water and corrosion are present, leaving customer dumb-founded and wondering why this hadn’t been picked up much earlier in their regular boiler servicing with boiler service plans like British Gas offer.

Boiler service plans with British Gas HomeCare plans, have the option of excess charges of £60 or no excess. It’s an ‘excess fee’ you pay for each claim, much like you pay an excess on insurance claims.

So, this means, even if you all you do is have an annual service, your annual cost to British Gas could be as much as £342 on their top level plan.

And if you opted for the no excess option, then you’ll be paying £38/month totalling £456 for the year.

Comparison with a boiler service price

Now, let’s compare that with an annual service with a small company like ours. Our charge for an annual boiler service is in the range of £50 – £150.

So, you could save yourself more than half the cost and use that money for something else, or keep it safe in case you do have a breakdown.

However, it’s good to know that if you are having annual service checks, you’re less likely to have boiler breakdowns as an experienced engineer can usually discover and highlight potential problems and fix them before they become a problem.

What About When Your Heating Does Breakdown? I’m covered right?

British Gas have a 24 hour customer care helpline. But that doesn’t mean they can come out to you immediately when you have no heating or hot water and it’s freezing temperatures outside.

So they either waited for days with no heating or hot water for their British Gas engineer to come, or they paid for us to come same day so they didn’t have to endure cold homes and no hot water.

Is a British Gas Boiler Service Plan Worth It?

So, is it worth getting a boiler service contract with British Gas?

Well, you can do the maths.

And take into account that if your heating does breakdown you want it fixed immediately, not in a few days time. What price do you put on that?

Our verdict? We think definitely not worth it.

Instead save yourself a substantial amount of money and use a reliable qualified heating engineer like us.

Book your appointment by contacting us today.

Disclaimer: The information contained on this website if for general information purposes only. You should not rely upon the material or information on the website as a basis for making any decisions or actions and we don’t accept liability for anything you chose to do with the information.

Booking a Boiler Service or Repair is Easy with Us

In London, Middlesex and Hertfordshire locations